The INPE-EM system (INPE – Emission Model) is a service of the National Institute for Space Research (INPE) that aims to make available annual estimates of greenhouse gas (GHG) emissions due to changes in land cover in Brazil in a spatial way explicit. The system provides annual emissions estimates for the Brazilian Amazon since 2012 and the Cerrado since 2019, both based on PRODES. 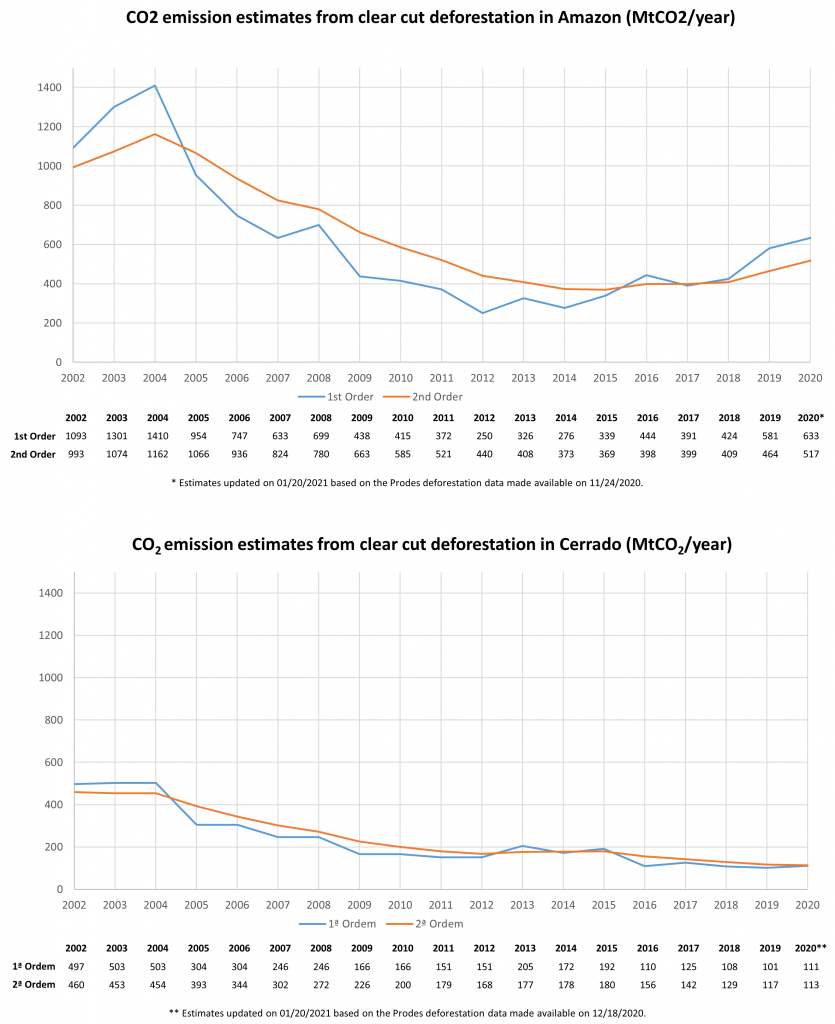 The information are provided aggregated by year and also in a spatially disaggregated way. The tables and maps are available for download, in excel and shapefile format. In addition to the annual CO2 estimates, INPE-EM also presents estimates of CH4, N2O, CO and NOx emissions.

For compatibility with official emissions estimates from the Brazilian Government, the system uses as a basis the biomass data used by National Communications for the UNFCC, as well as for purposes of emission reduction estimates (REDD+).

Operational model of CCST, initially proposed by Aguiar et al. (2012), in which results are annually updated in this site….

Post-doctoral fellow at the Earth System Science Center (CCST – INPE), in São José dos Campos. He has been investigating…

PhD student in Earth System Science, INPE. Advisors: Ana Paula Aguiar and Gilvan Sampaio. The thesis (in progress) is to…